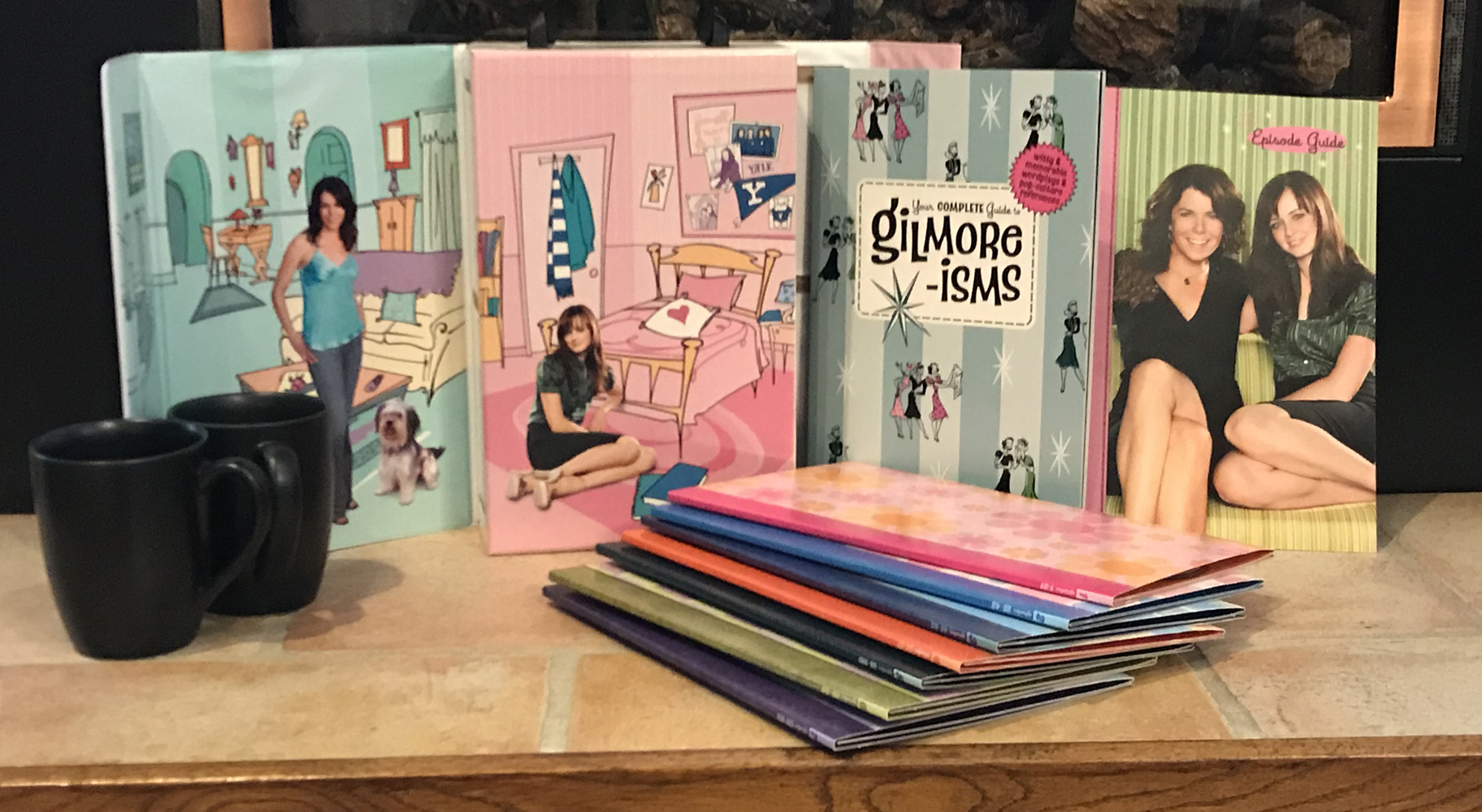 My mother recommended I watch Gilmore Girls when it was in its original run and I scoffed like a bratty kid. I believe my exact words were something charming and intelligent like: “I am NOT watching Gilmore Girls.”

I drew out the title to let her know that I would never, NEVER watch a show with such a stupid, cutesy name. I would never watch a trivial show about girls who for some unknown reason were all named Gilmore. But when my daughter was born, my mother came to meet her. Or so she claimed.

While she was here, she watched reruns of Gilmore Girls in syndication. This was before every home had Netflix on Demand (I know—a terrifying and stark dystopian reality of the past). And as if by magic, the reruns were early in Season 1.

With a newborn attached to me and a mother in control of the remote, I was hostage to the charms of the mother/daughter dramedy. And I held out for as long as I could. I continued to hate and dismiss the show for about five minutes. It was a noble fight that I could have lost much more quickly if not for my inherent stubbornness and need to be right even when I’m not.

Because while it might be a little cutesy, Gilmore Girls is not stupid at all. One might actually call it whip smart if you were the type of person to use that sort of verbiage. Which I am not.

After my mom left, my newborn and I watched the entire series together. It went quickly with reruns on every day. Then we caught up and had to wait for weekly episodes between devastating long breaks (curse you, summer!).

Point is, the Gilmore Girls twisted into our lives. So much so that when my daughter would cry in the car, she didn’t want a toy or a pacifier or a snack. She wanted Carole King singing Where You Lead (the Gilmore Girls’ theme song).

That daughter will be starting high school next year, and we have watched the entire series together 4 times. All 153 episodes (I’ve already done the math so no need to carry that 2; that’s 612 episodes). Now we include the Netflix Year-In-A-Life movies. When we finish, we start it all over again, because we don’t seem to love anything quite as much.

The why of our love is not something I can characterize in a few pithy sentences. I love the catch phrases. Oy with the poodles already. Cooper boom. Sleeping with the zucchinis. Babette ate oatmeal.

I love how watching the show always makes me think about being a better mother or daughter and all the ways I will probably never be better because, well, patterns are hard to break.

I love that my younger daughter talks about wanting to go to Harvard (even though Rory ended up at Yale) and I don’t really care if either of my kids go to Ivy League schools. But I do like that she thinks about it.

I love the female friendships in the show. The way Paris started out a villain and ended up a life-long friend without really budging an inch from being an intense pain-in-the-you-know-what. Because people can love you even though you are incredibly flawed. Because I am just as incredibly flawed as Paris in my own lovable way.

I love how enterprising Kirk is with his 3,000 jobs. Or, according to the internet, 62. And even though many of his businesses seem to fail, he keeps at it and apparently has a nice nest egg to show for it (see the Twickum house story arc in Season 5).

And then there’s the romance. While not every girl will fall into getting pretty much every guy she wants like Rory does, there was a clear pattern to how my daughter felt about Rory’s paramours. In elementary school, she was team Dean all the way. He was tall, dreamy, and dependable. Plus he built her a car, right? How is that not the recipe for the perfect boyfriend? She couldn’t understand what Rory would see in a jerk like Jess or understand his appeal in the least.

But a couple years later, she got it. Dean was nice but boring and Jess was smart and dangerous. And suddenly much cuter even though all he ever did was crash the car her nice boyfriend built her. It’s easy to forget what a jerk Jess actually was. Until you watch the whole thing again.

That’s when my daughter realized she was totally Team Marty, a ship without a shirt (you can get Team Dean, Team Jess, or Team Logan, but no Team Marty; note: our family only owns Team Jess because I still pine for all the promise in those hyper-intelligent huffs and eye rolls). But Marty, the guy Rory passed over, has my daughter’s heart.

I would love to find out what happened to Marty (aka, Naked Guy), smart and interesting enough to be at Yale without the silver spoon and with good enough taste to like the Marx brothers. I think my daughter landing on Marty is probably a pretty good sign (at least until the last season when his character takes a weird twist, but we forgive and forget a lot about the last season).

We’re back in the middle of the series again. Season 3. Who knows where it will lead us (no pun intended there, but…if the pun fits). We just finished “They Shoot Gilmores, Don’t They”. With the dance marathon. If you know the series, you may have just said “oof”. If you haven’t watched it yet, what are you waiting for? We’ve already established we’re living in a demand-anything-you-want-on-TV-now utopia. Trust me. All you’ve got to lose is 153 hours of your life. Minus edited-out commercial time, plus 4 90-minute movies. Sounds like a perfect equation to me.

We use cookies on our website to give you the most relevant experience by remembering your preferences and repeat visits. By clicking “Accept”, you consent to the use of ALL the cookies.
We do not sell your personal information.
Cookie SettingsAccept
Manage consent

This website uses cookies to improve your experience while you navigate through the website. Out of these, the cookies that are categorized as necessary are stored on your browser as they are essential for the working of basic functionalities of the website. We also use third-party cookies that help us analyze and understand how you use this website. These cookies will be stored in your browser only with your consent. You also have the option to opt-out of these cookies. But opting out of some of these cookies may affect your browsing experience.
Necessary Always Enabled
Necessary cookies are absolutely essential for the website to function properly. These cookies ensure basic functionalities and security features of the website, anonymously.
Functional
Functional cookies help to perform certain functionalities like sharing the content of the website on social media platforms, collect feedbacks, and other third-party features.
Performance
Performance cookies are used to understand and analyze the key performance indexes of the website which helps in delivering a better user experience for the visitors.
Analytics
Analytical cookies are used to understand how visitors interact with the website. These cookies help provide information on metrics the number of visitors, bounce rate, traffic source, etc.
Advertisement
Advertisement cookies are used to provide visitors with relevant ads and marketing campaigns. These cookies track visitors across websites and collect information to provide customized ads.
Others
Other uncategorized cookies are those that are being analyzed and have not been classified into a category as yet.
SAVE & ACCEPT
Powered by