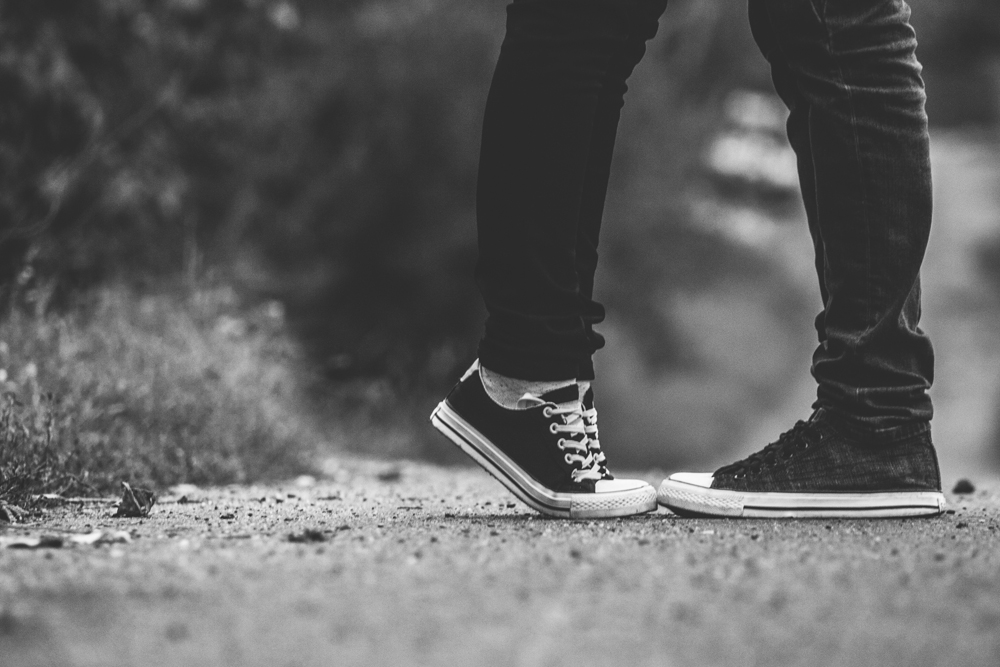 Perhaps the reason I love to write first kiss scenes is because I know I can make them happen. Something I seemed wildly unable to do in real life despite a lot of wishing and hoping and thinking and planning and dreaming. You all know the song, right? No? Well, it’s an oldie, but it may have a point, so maybe worth a listen. There’s even a cover by Ani DiFranco if you prefer to go that indie ironic route (which generally I do).

You can think about kissing all you want, but the thing is, sometimes the only way to get kissed, is to kiss someone.

I had a book growing up. Let’s just call it Guerilla Love (the working title of my Nanowrimo project for November about a love experiment using lessons from a book like this that goes horribly wrong!). I was doing research this week and was shocked to discover that the book is still in print and incredibly well-reviewed on Amazon. I was shocked because it’s filled with some truly terrible advice in my humble opinion.

Here’s one example I always remembered. Kiss a person you’re interested in whether they want you to or not.

If they push you away, act like nothing happened. I think the exact phrase was “just go on with the conversation” which I think we can all agree is certifiably insane. Later, the book promises, when your object of desire is alone, they will think about the kiss and want to do it again.

I want to argue profusely with this little tidbit. Tell you it’s ridiculous. That of course you should never do this. Terrible, terrible advice. The worst.

Frankly my missed-first-kiss list is long. So here’s an abridged version for the sake of illustration.

Note: The names have been changed to protect the innocent. Namely me. I don’t want any of these real guys emailing me to tell me why there was no first kiss.

So what’s my point? I’m definitely not suggesting anyone should run around kissing every person they think is cute right in the middle of a conversation about yesterday’s algebra homework. I still think that’s terrible advice. But looking back, I do wonder what I was so afraid of. And maybe sometimes, in the right situation, a little Guerilla Love is in order. Maybe sometimes it’s better to be a little brave than left alone in your own dark room with a list of all the boys you could have kissed.

We use cookies on our website to give you the most relevant experience by remembering your preferences and repeat visits. By clicking “Accept”, you consent to the use of ALL the cookies.
We do not sell your personal information.
Cookie SettingsAccept
Manage consent

This website uses cookies to improve your experience while you navigate through the website. Out of these, the cookies that are categorized as necessary are stored on your browser as they are essential for the working of basic functionalities of the website. We also use third-party cookies that help us analyze and understand how you use this website. These cookies will be stored in your browser only with your consent. You also have the option to opt-out of these cookies. But opting out of some of these cookies may affect your browsing experience.
Necessary Always Enabled
Necessary cookies are absolutely essential for the website to function properly. These cookies ensure basic functionalities and security features of the website, anonymously.
Functional
Functional cookies help to perform certain functionalities like sharing the content of the website on social media platforms, collect feedbacks, and other third-party features.
Performance
Performance cookies are used to understand and analyze the key performance indexes of the website which helps in delivering a better user experience for the visitors.
Analytics
Analytical cookies are used to understand how visitors interact with the website. These cookies help provide information on metrics the number of visitors, bounce rate, traffic source, etc.
Advertisement
Advertisement cookies are used to provide visitors with relevant ads and marketing campaigns. These cookies track visitors across websites and collect information to provide customized ads.
Others
Other uncategorized cookies are those that are being analyzed and have not been classified into a category as yet.
SAVE & ACCEPT
Powered by