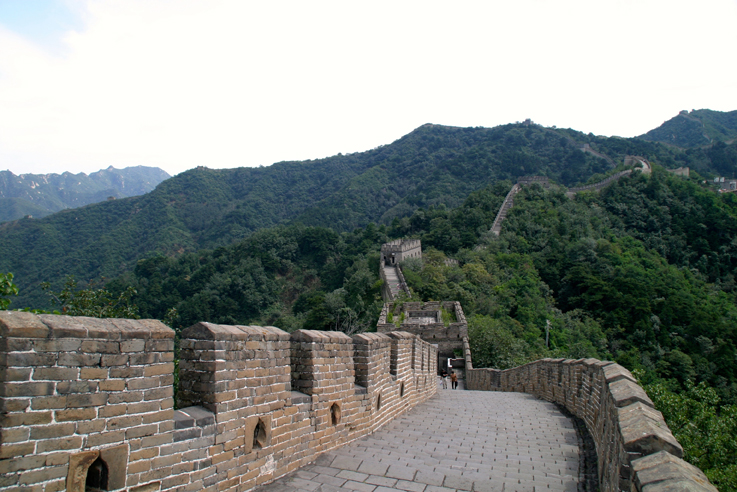 I just asked my daughter what she liked about our spring 2018 trip to China. She said she liked seeing aspects of an ancient culture. Fair enough. It was true we had the privilege of going to the Forbidden City, the Great Wall, the Summer Palace, and the Lama Temple–and mostly in the company of my former Chinese tutor, Derek, who now lives in Beijing. But the principal reason we (I) came to China was to scout locations for various scenes in our YA mystery which takes place in Beijing. Very important!

Many of the sites I had visited in 2002 when I spent a summer in Beijing. Some of the unseen ones were exactly as I’d hoped–or better!

The Tea House of Family Fu: I was the only one in this tea house, just like our protagonist Katie when she shows up here to follow a lead. Like Katie, I also had no clue what to order and just suggested the host bring me any sort of tea. I explained to her I was writing a book in which a scene unfolds at the tea house. The owner seemed to have little interest in what I was saying, although she was kind enough to let me walk around and take some pictures of the Ming dynasty-style wooden furniture.

The Bookworm was also a delight. The steps up to the English language bookstore were painted spines of various novels. Might need to make this a more active location than just a mention in our current book.

Others came up a little short. Dadong, the setting of a first date scene, had no tanks of bullfrogs or fish, so I must have been thinking of another restaurant. Xiao Xin’s was less a cafe where Katie and one of her sources meet and more of an ice cream shop. Back to the guide books and hounding friends who have spent time in Beijing. In addition, the South Gate of Chaoyang Park, the last place Vanessa is seen, was essentially an unceremonious driveway. No archway or ominous foliage like I pictured. Sigh. (Note I was too scared to enter the park and estimate where Vanessa’s body was found. In my defense, it was after dark.)

Luckily the trip as a whole was better than I had hoped. We saw some of the most beautiful sites on earth. Derek took great care of us and put up with our endless questions. Our three teenagers didn’t bicker or whine during ceaseless walking tours. What more could you want, other than a proper tree-obscured portal to mark the entrance to a murder scene.